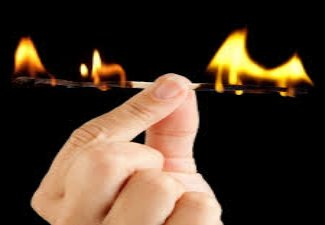 We've just finished a big worship weekend (Easter 2014 for those of you reading this in 2025), and when the time came, 10 percent of the singers were on an all cough drop diet or consuming a box of kleenex a rehearsal. Ten percent more were about to come down with something, and another ten percent were just getting over something. Does that sound familiar?

It always seems to be the case: when the time for a big concert or worship event comes, some people are just not able to participate. Singers may have sore throats, players may have colds, or there are folks unavailable due to general exhaustion. There must be a better way, right? There is..

As you approach your big event, follow these simple guidelines, and your chances of having everyone there will increase significantly.

Work your volunteers smarter, not harder

Prepping for a big event is not like your week-to-week worship responsibilities. It generally is in addition to the week-to-week stuff. As a result, you need to think about the big picture. Consider the preparation for a marathon, or a Century bicycle ride. The focus is upon what is called interval training, a combination of speed and endurance work that takes place over a period of weeks, not just a few days in advance.

Similarly, your rehearsals need to think about interval training. Don’t wait until December to introduce that Christmas musical to your singers and players. Start working in July, and plan to schedule larger and larger chunks of rehearsal time on that musical from August to November, so that in December you can “back off” a bit to work on continuity and polish.

Help your large-scale plan succeed by scheduling a few “quick prep” selections for your week-to-week worship responsibilities…perhaps one a month. Then use that week’s rehearsal to work more intensely on the big piece.

You will probably also be better served by adding 15-30 minutes to each rehearsal for 6 weeks instead of having 3 three hour rehearsals in the week before the show. It means that everyone will more likely be there for more than one of those extended rehearsals, rather than finding that your whole brass section can’t make one of your dress rehearsals.

Ask your tech crew to attend one of your rehearsals each month (like the intensive one I talked about above) so that they can get a feel for the tech requirements of the show. Give them the script early – even if you are doing a “traditional concert” instead of a stage play. They can begin to anticipate lighting and sound cues. If you are using split trax for accompaniment, do the work ahead of time for them: you do a dub down of what you want, so that there is less left to chance (and twiddling knobs) during the live event.

Let’s face it. Festival seasons generally occur when the pace of life can be frantic outside the rehearsal room and the church campus. Help your volunteers understand that they need to be proactive about their health and well being during your preparation. So ask them to drink lots of fluids, get enough rest, and remember to wash their hands more often after social events.

Follow these two simple rules, and it is my experience that you will have almost everyone at the event. You can’t prevent people from having emergencies, but you can help them avoid the perils of seasonal exhaustion.