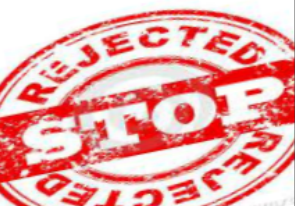 Why the Best Solution May Be to Write it Yourself

Unhappy with your choices in music for your church's ensembles? There is hope. Bob Seger once wrote the line “We were players, not arrangers...” For church musicians, the luxury of being just a “player” is fading fast, particularly when it comes to choral music, and the chance to have music tailored specifically for your groups is a real possibility. How is that possible? Let me explain.In my capacity as Creator’s publisher and resident cultural observer, I get to see and hear about what’s going on in the “real world” of church music and worship, and periodically report back on what I think it means. I’ve written articles about what I’ve learned from being a choir director, from working with pastors, and from being a worship leader, and about how the role of being a church musician has changed significantly during the past few decades. I assume that you know how important it is to continue to develop your skill in the craft of your calling, and to be able to get along with the people you lead and follow in shared ministry. I assume you know how to manage your time, and your budgets. I assume that you have some idea of why you need to know something about social media and marketing.

But there is something else that you are going to need to add to your skill set.

What’s left, you say? Simply the one surprising musical skill that I think is absolutely necessary to thrive going forward in today’s church music: Arranging/Orchestration. Yep...that class that you may only barely remember, and which involved learning about the top note of the flute or the bottom note of a viola, and how to space chords for best results.

I was fortunate enough to take arranging and orchestration as two separate classes, but I lump them together for the purposes of this article because it is convenient.

I can imagine the thoughts in your head. Now he wants me to be an arranger too? I can’t even keep up with everything I have to do as it is. Let me be clear. I’m not talking about you needing to become the next Alice Parker,Lloyd Larson, or Camp Kirkland. What I am saying is that without some basic arranging skills, it is going to be difficult to thrive as a church musician in a local congregation over the next decade or so.

So here are the three reasons to stop buying mediocre music and start arranging what you need.

The Definition of Choir “Performance Practice” has Changed...again

Whether you like it or not, choirs don’t look (or act) like they did even ten years ago. The cultural impact of shows like Glee and The Sing-Off, as well as the worship impact of gospel choirs and worship choirs cannot be ignored, just as the release of thousands of “early music” CDs in the late 20th century meant that you could no longer ignore performance practice research when presenting Bach or Mozart (happy 257th birthday yesterday!) in a worship service.

In some ways, this is a blessing:
• A choir doesn’t have to be “large” to be a choir
• Young people seem to resonate with the new choir “style” and will join a choir more readily in order to learn how to “do” the new style
• Viewers/Listeners no longer have a de facto viewpoint that choir=boring

In some ways, this is a curse:
• A choir does have to be vocally flexible to be a new-style “choir”
• Young people won’t stick around if they perceive that a choir won’t explore the new stylistic possibilities
• Viewers/Listeners no longer will settle for a boring choir

From a practical standpoint, a choir director now has to understand this new performance practice, or at least be conversant with it, because the pipeline of “new blood” for choirs contains a significant percentage of people who want to sing in choirs in order to learn how, or continue to do this new style of music. Even if you don’t “convert” your existing choir, it may be desirable, or even necessary, to start a new choir which has this new performance practice as the core of its repertoire.

The New “Performance Practice” Repertoire is Not Being Published in Quantity

This new repertoire is not as readily available in a traditional manner. This is a “good news/bad news” situation. In the worship choir arena, the work of Dave Williamson, Carol Cymbala (Brooklyn Tabernacle), and others, are indeed being published. The bad news is that it constitutes a small percentage of the total number of choir anthems released in a given year.

When it comes to the “new” a cappella performance practice, you can look to the work of Jay Rouse and a few others. The bad news is, though, that this repertoire is a significantly smaller percentage of anthems than the worship choir category, and tends to be much less complex than what you will hear from a Sing-Off contestant choir. But, for the traditional choir, it is a starting place for teaching things like intonation and the vocabulary of “hot” chords that is prevalent in the new a cappella repertoire.

So where can you find the most current repertoire? For guidance, look to the vocal jazz choir model.

In the vocal jazz arena, there has existed, for years, a “grey market” of arrangers/arrangements of what are called “lifts” (essentially transcriptions of arrangements heard on recordings). I’m sure it won’t be long before some of the Sing-Off arrangements are available in the grey market (if they aren’t already), but the bad news is that most of that repertoire is secular. Which leads us to the third, and most critical reason why to not buy mediocre music.

One of the reasons the new repertoire is not being published in quantity is that it is being written, in most cases, for a specific group. This is not uncommon in traditional repertoire either, as evidenced by the number of published pieces that started out as commissions for a specific ensemble.

But in the new repertoire, there is more likelihood that the piece is written for specific voices, voices that you may not have in your group, like a beatbox-er and a “Jolly Green Giant” bass. This means that the arrangers are writing not just for vocal skill levels, but also for vocal colors. Because of the level of virtuosity demanded from the bass, for instance, buying that “lift” arrangement may be an exercise in frustration.

Because the worship choir material is more widespread, this is not so much of an issue. But for the new repertoire, the best way to get something that sounds like what people are hearing (and seeing) on TV is to either do simpler published editions or write your own. That means that you may need to get much better acquainted with the vocal capabilities of your singers, which, of course means either the dreaded “audition” or a lot more rehearsal.

Catch 22 for the volunteer church group, right? Don’t lose heart. There is a middle ground: re-arrange something that is already out there.

Now before all my music publisher friends start writing me letters, let me say this as clearly as I can:
Notwithstanding the presence of the grey market I referred to earlier
• Legally, you must have the permission of the copyright holder to do these kinds of arrangements.

If You Don’t Have Those Horses

If you’ve read this far, you may be thinking that it doesn’t matter, and this doesn’t apply to you because you don’t have the personnel, the time, or the inclination to write for or perform the new repertoire. Not so fast.

At some point, like it or not, you will probably need to combine your choir with your worship band. There are many more arrangements out there for this combination, but the arrangments tend to be “praise team” oriented, which often means no bass part and lots of unison singing.

Once again, your choice is to accept what somebody else has written, or re-arrange it for your own group of singers and players. In this case, you will be less concerned with having and/or displaying virtuosity, and more concerned with practicality. You want it to work for your group, and your congregation.

What are Arrangements Anyway?

Many people believe that the notes on a printed page of music somehow got there because, like the upon which the Ten Commandments were written, literally the hand of God traced the notes on the page. This is particularly true of those who have grown up primarily with classical music, and with good reason. The music of Bach, or Mozart is not (in most cases, but that’s another article) an arrangement. Even so, many groups do “editions” of those works, which in some cases (like reducing an SATB texture to SAB) are really arrangements.

But if a published piece of music is an arrangement, it means that it is some adaptation of original material. That means that you, too, can create an arrangement of that material, assuming that you start with a blank sheet of paper. And remember, with the permission of the copyright holder of an arrangement, you can “re-arrange” that arrangement to make it work for your circumstances. You may have already done it yourself, in fact. The most common example of this is playing a written organ part on a piano, orvice versa. Doing an anthem without the “optional” brass is another.

So let’s be clear, shall we?
• Original compositions should be performed as written
• Arrangements, at some level, were written with a specific group or situation in mind
• Anyone, with proper legal permission and adequate musical skill, can make an arrangement
• The “new repertoire” of the choir can be a critical element in keeping the choir from becoming irrelevant
• The new repertoire is not being published in significant quantity because it tends to be more difficult than most groups can master, which means that printing it would be a huge risk for a publisher

The bottom line, then, is, if you want to do the new repertoire, you’re going to have to find someone to arrange it for you or do it yourself. Ergo, arranging is critical.

Now where did I put that Guide to Arranging book?