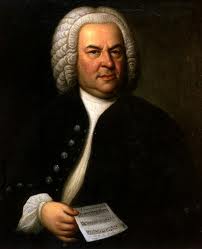 Yes...I know it's a cheap pun, and not original. But it has to do with the fact that (again, this is not original) everything old is new again.

I've thought about this a lot, and not just because I'm getting old older. Part of the reason the old/new aphorism is relevant has to do with another one: those who don't learn from history are condemned to repeat it. But in the last 50+ years, we've had a lot of time to both ignore and make history in the church. Sadly, the history of this period isn't particularly pretty. It's much akin to the 14th century actually, but you'd have to be a historian to understand that, and it's too long an explanation to go into here (not that I'm an expert!).

I'm beginning to believe that the early 20th century battles in "concert" music (think Rite of Spring, the twelve tone system, and all the expressionism) were played out in church music over this past 50 years. But you need to substitute "guitar" for Rite of Spring, "drums" for dodecaphony, and "narcissism" for expressionism. And while I know that they will someday all be looked at as growing pains, I fear that when the story of the last 50+ years of church music and worship is told, the shorthand answer will be "the pastors didn't understand the musicians, and the people were caught in the middle."