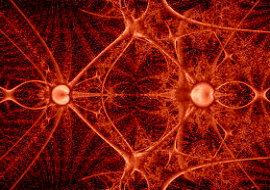 the speed of digital...

In a recent (to the time this article was originally written) New York Times article, Tom Friedman talked about how the digital revolution of the last decade has changed...pretty much everything. He calls it the "Great Inflection," and says "The world went from connected to hyperconnected in a way that is affecting every job, industry and school, but was largely disguised by post-9/11 and the Great Recession."

Friedman lists the things that didn't exist or were in their infancy in 2004: Facebook, Twitter, cloud computing, LinkedIn, 4G wireless, ultra-high-speed bandwith, big data, Skype, system-on-a-chip (SOC) circuits, iPhones, iPods, iPads and cellphone apps." Now, virtually everyone has, or will have soon, access to a tablet or cellphone which can be activated by voice or touch, and which is connected via the cloud to infinite applications and storage.

Here's the rub, though, as Friedman points out: "Every boss now also has cheaper, easier, faster access to more above-average software, automation, robotics, cheap labor and cheap genius than ever before."

And here's the big uh-oh: "Everyone who wants a job now must demonstrate how they can add value better than the new alternatives." In the "old days" it was assumed that your educational foundation would last your whole lifetime. Not true now, though...

In church music and worship ministry, like almost every other profession, the level of skills required for a good job is rising inexorably. Digital tools are not only reinventing themselves so that the obsolescence cycle seems to be the duration of your cell phone contract, but in an unfair flip side of that Moore's Law reality, the expectations for people in the workplace are rising even faster than the tools can be built.

This last is important, because, for the "relevant" churches, the Sunday morning pendulum has been steadily moving away from those with traditional music education, and toward those with "star power." In the process, it seems, it is less about how well you can teach, minister, and serve, and more about how many fan(nie)s you put in the seats. Is it any wonder that in a large percentage of American churches, worship seems like a concert that is interrupted by a talk?

Lest you think I am just preaching doom and gloom, I want to make it clear that the pendulum, at the very least is moving more slowly, and I believe that a leader's ability, and, more importantly, willingness, to use digital tools (and good old fashioned analog ones like pipe organs and relational skills) can level the playing field. But the time has come to quit complaining about why this isn't the "good old days," and start adapting to the realities of modern worship and ministry.

In the meantime, I'll leave the last word to Friedman, who says: "The winners won't just be those with more IQ. It will also be those with more PQ (passion quotient) and CQ (curiosity quotient) to leverage all the new digital tools to not just find a job, but to invent one or reinvent one, and to not just learn but to relearn for a lifetime." That statement is just as true in post-pandemic 2021 as it was a decade ago.

4 Replies to “Hyperconnectivity and Music and Worship Ministry”