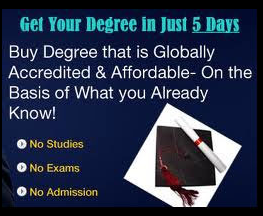 I am unique. Now before you either start to nod your head and smile (whether you know me or not), and before you think that this is some warm fuzzy blather about finding your bliss, let me set you straight: I mean that my skill set does not qualify me for the ministry position I hold. But enough about me... Instead, let me tell you something about myself. I have three degrees: one each in music education, music history, and conducting. I "studied" to be a musicologist, producing original research on mid-18th Century Viennese sacred music, and I "trained" to be an orchestral conductor, studying in places like Aspen, and privately, with Music Directors of orchestras such as Indianapolis, San Francisco, Milwaukee, Baltimore, and more. But I had three degrees, so I became an academic. And I "educated" college-aged musicians in conducting, and music history, and more. Many of the students who studied with me got degrees. But most didn't care enough about what I knew to learn what they needed to know in order to do my job as an academic...or a jazz player...or a church musician...or a budget manager...or a program administrator...or a motivator...or, to get to the point, a leader.

That is part of the problem.

The other part of the problem is that none of my supervisors, or colleagues for that matter (except when I was being a jazz player), knew enough about what I knew, and what I was doing, to evaluate whether or not I was doing a "good job."

What's a Degree Worth

In this post (thank you for all your positive response and comments, by the way...I'm glad that it seemed to be valuable to so many people...haven't read it? click here), my mantra was: People Matter, and People Don't Matter. This time I want to break the news that: Degrees Matter, and Degrees Don't Matter.

The context here is twofold: First, in the past couple of weeks (more likely than not because of that post), I have heard regularly from people, mostly in the south and midwest (you'll have to read the post to understand why that is important--click here) who had been "let go" from their ministry position, many of whom had served the church they were leaving for more than 10 years. Second, Creator is expanding, and I have had, in the last two days, one conversation with a potential new hire, and one with a colleague about whether an internal candidate is "ready" to take on new challenges.

Here's the interesting part: in neither of those conversations was the person in question's degree(s), or lack thereof, EVER a part of the consideration. What I wanted to know was whether the person could do the job.

But I've said that degrees do matter, so before I get any further ahead of myself, let me state my position. Then you be the judge of whether or not I'm just blowing smoke.

In the formal job application process, a degree, and where it is from, matters. The simple reason for why this is so is that most people cannot (and likely will not ever be able to) understand what a musician does, let alone evaluate it. So a degree matters because it gives people a reference point. They understand the nature (or at least the reputation) of the school (although almost never of the department that granted the degree...more likely their impression of the school comes from that school's athletic department success), and they understand that a graduate degree is worth more than an undergraduate one.

This is a double edged sword (or two). On the information side, they may think you know more (or less) than you do because of their impression of the school. On the salary side, they may dismiss your candidacy if you look to be too well schooled. It might lead them to believe that you wouldn't be happy serving at their church, or that you would be pushy about...well, they're not quite sure what, but probably something.

But the situation is often completely reversed when it comes to leading a "contemporary" worship ministry. It often is more important, to the people doing the hiring in those situations, that, above all else, you be young, because that is the demographic that the church wants to reach. Now before you dismiss that last sentence as being written with bitterness, let me assure you, as best I can, that my role here is to tell you what I see, not complain about what that means. In my experience and as a result of my observation, churches will overlook background and education if it is not important to them.

And before you traditional church musicians get to crying in your soup, there is a significant amount of historical evidence that this is not an isolated phenomenon of the 21st century. The pastoral field is filled with people who have "anointing" as their sole calling card, and many of them have had a significant ministry. More importantly, the church musician field, particularly in certain denominations, is filled with people who are/were considered to have a good singing voice, because that is/was the primary qualification when hiring a "song leader."

When a person has used the formal education process to understand the fundamentals of their art and craft, and applied themselves to the acquisition of the things that can only be learned by studying, the degree matters.

On the other hand, when someone has gone through the formal education process with a disdain toward the learning process, or a lack of discipline when it comes to studying, the degree doesn't matter.

When someone has found that a musical education, or a seminary education, in isolation, is not enough to do church music or worship ministry well, and has taken the time and effort to pursue an in-depth education in both, the degree matters.

Yet it has been my experience and observation that a musical education, or a seminary education, can be used as an excuse to not get training in the other discipline. At the same time, it is common for a person lacking in training in one of the disciplines (most often theology, but not always) to undertake self-study (J. S. Bach is a well-known example), to the extent that they are well versed in the subject matter. In either of these cases the degree doesn't matter.

And there is one more thing. In some cases a person (ahem...such as myself...) hastoo many degrees, and in this case the degrees don't matter because the prevailing view on the part of the hiring committee is that too many degrees means that (and I've been told each of these...):

and the big one:

Does This Sound Familiar?

So far, I have been talking about why degrees matter and degrees don't matter when it comes to Getting a job. Since I've been talking about that, and since many of you have been humming it anyway, here's a great clip of that old tune. But once you have that job, the problem is that the dichotomy doesn't go away. In many cases, it gets worse.

Having a degree is an implied contract that you know what you are doing. If a person uses the fact that they have a degree during the job application process, there is a responsibility to the profession, and the calling, to include educational imperatives in their ministry. At the same time, if you find, during the course of your ministry, that your knowledge is lacking in an area, and you pursue a degree to become more expert in that area, a degree matters a whole lot. Not just to you, and to those you minister to, and to those who evaluate you, but to the kingdom. In leading by example, you show that continuing to study is part of what a Christ-follower does as a matter of course.

A degree is not a license to quit learning. Neither is it a free "get out of jail" card when you demonstrate you don't know what you are doing, or that you don't want to adapt to a new reality--be that a pastoral change, a worship style course change, or a cultural or demographic change in the community in which you minister.At the same time, if you can and do change while "on the job," a degree doesn't predict what your success rate will be. People will be watching, and it is how you do your ministry that matters (EVERY SINGLE DAY), not whether or not you have formal training.

I have thought about this for many years, and I think the "middle ground" is some sort of certification program that validates the bona fides of a church musician or worship leader. The difficulty is that there is no real certifying agency that everyone, including the bureaucratic institutions with a vested interest, presently agrees upon. Denominations such as the Evangelical Covenant and the United Methodists have programs that bestow credibility upon pastoral musicians, but the practice is not widespread. The American Guild of Organists issues certificates for various practical accomplishments, but there seems to be no linkage with a truly spiritual/pastoral component. Institutions like the Brehm Center at Fuller Seminary and the Robert Webber Institute for Worship Studies have degree programs, but they are academically grounded, and require a significant academic commitment.

I think it is time for some institution, or independent body with credible authority, to establish some sort of (I'm making the name up) Certificate of Competency in Church Music, Worship Leadership, and the Arts. I think that the stakes have been raised to such an extent that without some middle ground certification, church musicians and worship leaders will continue to be at the mercy of being evaluated on their ministry performance by people who simply have no qualifications to do so. And at the same time, the job description of the modern church musician/worship leader has evolved to the point that (all together now...) Degrees Matter, and Degrees Don't Matter.Without some independent body to evaluate the gifts and skills of church musicians and worship leaders (a sort of "Good Housekeeping Seal of Approval") so that churches can trust what they are getting, the profession suffers from the potential incompetency of those who serve in the ministry. It is time to give churches the means to trust the competency of their church music and worship leaders, just as membership in artisan guilds served that purpose in the past. What do you think? Am I crazy? Has society become too "me," and church institutions become to insular to make this happen? Is there a place for peer review in music and worship ministry? Would a certificate have helped in a situation that you have encountered? Have you found that even though you have some sort of certificate, it worked against you? Things to think about...