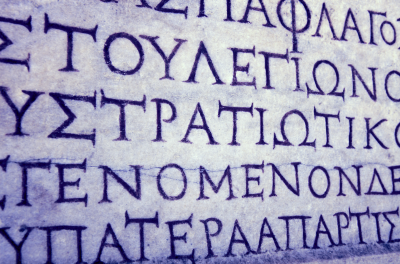 That's pretty much the only western language in which I haven't taught a choir to sing music. Perhaps it is a result of growing up in California, in an Italian neighborhood, with a large Chinese population, a German/Slavic barber (those were the days when I had hair...), and Spanish all around. Whatever the reason, I've never shied away from teaching music in the original language.

I do, though, choose to sing some music in English even when that isn't the original language the composer used. Doing the St. John Passion in German would have meant, for my then congregation, 3 hours of struggling to justify the beautiful music with complete inmcomprehension of the text. I chose to use original instruments (and pitch) instead, and never regretted it

Wherever you come down in the seemingly eternal argument about language, latin is historically justified as the language of the European church. Stravinsky once said that he wrote in latin because that language was neutral to the listener. I don't think that a 14 minute medieval motet with tropes is probably a good choice for most congregations, but in the case of our featured Select 20 Anthem today, the fact that the Pater Noster by Michael Eglin is a setting of A familiar text in an old languge would be justification enough for me to do the piece.

Why? Because it is beautiful music, and once a congregation understands that it is the Lord's Prayer (you do use that great projection equipment to show the words of the anthem, right?), they can follow along...even in latin...trust me. I encourage you to take a close look at this anthem...unless the only music you do at your church has to have been written within the last 2 weeks... 🙂