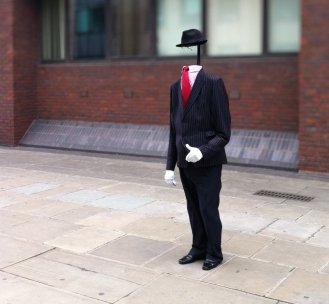 Waiting in the Wings...

As write this, we at Creator are counting down to our launch of the MasterClass program. I've been thinking about the process, and how it relates to the count down before a worship service, a concert, or even a committee meeting.

In the case of worship, I still get a bit nervous every time I am about to go on the platform -- in spite of the fact that I've been there and done that thousands of times. There is something about being "in the wings," waiting to start the prelude, that is both special, and scary. People are waiting for you to lead -- to take them to a place many are not quite sure how to get to on their own. There is a sense of anticipation, even amongst the hubbub of people moving around and being seated. They are waiting... and it is your turn.

I sometimes think of how the Old Testament Levites might only get one chance in a lifetime to go into the Holy of Holies. Even though they were "professional worshipers," that once in a lifetime "your turn" event had to put the fear of God (literally) into them. These days, worship leaders are in front of a congregation so often that it can easily become matter-of-fact...routine. It has happened to me, and, often, the end result has not been very [pretty] worthy.

The Levites had an elaborate routine before they could enter that most holy of places. They had to put on special garments, and make other preparations. They had to get into character.

As a modern church musician and worship leader, before you walk out on the platform, you need to get into character as well. I've known fellow musicians that were meek and mild in "real life" who turned into tigers (or raging maniacs) on the platform. I've seen a lot of people who were exactly the same on stage as they are off it -- and sometimes that was a good thing, sometimes it was a bad thing.

Being on the platform changes you, though, whether you put on a character or you are a character. For some people it becomes an addiction, and they will do anything to stay "on," even when they are walking down the street or sitting in a coffee shop. For others it is traumatic...something to be endured in spite of the pain or discomfort.

But in that moment as you wait to enter that holy space, whether for the first time or the thousandth time, you realize that you are expected to lead, and there is nothing more that you can do except get out of the way.

With few exceptions, you arrive at the wating-in-the-wings-moment as a result of a lot of hard work and effort. You've put in your hours -- whether it is a couple of hours of practice as a child for a Christmas play, or 10,000+ hours as a professional. You've had lessons, and rehearsals, and woodshed time. There has been a whole pre-launch sequence that has run its course, with milestones like a first run-through, a costume fitting (even if that is a business casual outfit you paid a consultant thousands of dollars to assemble so that it looks like you just threw it together), a prop rehearsal (can you speak and run a powerpoint at the same time?), and perhaps, in the case of a "big" event, even an open dress rehearsal for a few friends to assess how it plays to a live audience.

Along the way, if you've taken this process seriously, you've gotten better at being in character, at playing your part, at putting on a show. As you stand backstage, you know that people are coming to see the magic happen. They don't care how much time, effort, and money it took to get there. They are there to learn something, to be entertained at some level, and, hopefully, to leave in a different, better place than when they arrived. And don't ever forget that if they don't like it they'll tell at least seven of their friends about everything that was bad about it.

But if your character is the "star" of a worship service, you haven't really gotten the point, or gotten out of the way.

Fear of failure is a great motivational tool. It motivates some people right out off the leadership stage. They may still be leaders, but they find the bright lights, or the pressure, intimidating. They look for a quiet corner to do their thing...a place where failure is tolerated, or accepted as part of the package.

As you wait to go on, you are faced with a number of things that add up to a singular choice:

Nobody can answer but you...and you answer by your actions, not your intentions.

If you've been around anyone who routinely appears on stage (or on a playing field, for that matter), you've probably heard about "the zone." It's a place where people go to get in character, to stay in character, and to perform in that character at a high level. For a professional football player, getting in the zone might involve hitting something, for a motivational speaker it might be thinking about how many people they are going to help. For a Levite, it was the awesome encounter that they were about to experience.
Books have been written about the zone, and how to help yourself get there.

But you have to get there.

And, if you're the leader, you have to get there in a way that motivates your followers to get there too. Part of the leadership role is teaching the ones you lead how to get into the zone...rehearsing it regularly so that they can get there whether they are tired, don't care that day, or are otherwise preoccupied by things like their children's health or their family finances.

A story. I hope you'll find it relevant.

I took my parents to see Mickey Rooney once. He was on the back end of his long career, and traveling in a road show production of Sugar Babies. Starting as a child star, he had been on stage for most of his life, and by that time, the number of his performances of just that one particular show numbered in the thousands. When he came to town, he was interviewed by the local paper, and one of the questions he was asked was (I'm paraphrasing here): "You've done this show thousands of times. I'm sure you could do it in your sleep. How do you get motivated to go out and do 7 performances a week?" Rooney's answer has stuck with me for 30 years: "Because there are people out there who are seeing this show for the first time, and they deserve the best performance I can give them, no matter how I am feeling personally, or whether or not I am sick."

The interviewer, somewhat skeptically, then asked a follow up question: ""But isn't every night the same?"

Mickey Rooney got in the zone by remembering that someone had never seen him before. That's what it took for him. Whatever it takes for you, you need to find a way to give your best every time you walk on the platform, and that means getting into the zone...getting into your character...getting ready to give it everything you have.

And then get out of the way and lead worship, not be worshiped.

Pardon me now...my entrance is at hand. I don't want to miss my cue.