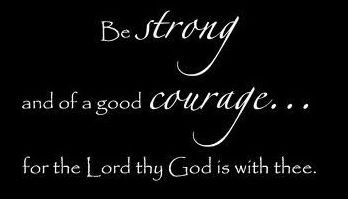 ...darkness was over the surface...

Last week [ed note: this was written in the aftermath of the Boston Marathon bombing], darkness covered a significant portion of the face of this country's part of the earth. While I don't mean to dismiss or lessen the gravity of the tragedy in West, Texas -- or the earthquake in China, or any of the other world wide calamities -- I do feel compelled to write about the darkness in Boston.

First, a bit of a refresher. At Creator, we don't mix politics with ministry. We try very hard to stick to the practical matters of church music and worship ministry. We believe we have more in common than what separates us. So if you are expecting a political rant, or judgement, in what follows, you will probably be disappointed. I use the term darkness because I see in this series of events, a resurrection story, and a musical truism, which we will get to in a minute. Let me attempt to explain, and I want to say that you and I, dear reader, are part of a community, and we are only made stronger by communicating between ourselves...

Early in the week, a horrific event resulted in the loss of innocent life (so far as I can tell...as I write this, not much in the way of motive has been established). The bloodshed happened at the end of an event which involved a lot of cheering and a lot of victory -- literally thousands of people had waited for years to be a part of this "parade." In the aftermath, villains were identified, pursued, captured, and in one instance, killed. Everything seemed to be in chaos.

Then there was a period of imposed retreat from normal activities, as people were confined (in this case by civil law rather than theological law) to their houses. When the second subject was captured, people poured out of their houses, and a different kind of celebration took place -- not just in Boston, but all over the world, as a result of social media. This time the celebration was about overcoming the darkness and about triumph in the face of evil. As we have seen in the aftermath of so many tragic events, the human spirit was renewed as the messages of hope and help were passed from person to sometimes virtual person. People, and their lives, were changed.

And this is the most important thing I want to communicate. When people emerged from the darkness, they sang. Joyfully. Unashamedly. Exuberantly.

And their anthem became a global anthem, because people understood why Sweet Caroline meant so much to the people of Boston, and people understood why singing it wherever they happened to be was an expression of being a part of a community with common values. Going forward, Neil Diamond's music will likely always be associated with this event whenever or wherever it is played and sung. Until people forget...

Please Do This At Home

And this is where the rant, if you can call it that, comes in... We who are church musicians and worship leaders are often so busy doing "what's new" that we forget that each congregation has its own anthem. There is, generally, one congregational song that expresses who and what every congregation is, and the cumulative and ongoing sum total of their ministry. If it hasn't been forgotten...

I have an assignment for you today, should you choose to accept it, Mr/Mrs/Ms Phelps (sorry...I use that line a lot, without the political correctness, and I couldn't resist here...if you have no idea what I'm talking about, click here, and scroll down to "Tape Scene"): Ask everyone in your congregation (and staff, if you have long-time staff members) you can contact or come in touch with this week what single congregational piece of music is "their song."

If nothing else it will be instructive, because I expect that the answers will fall along generational lines (assuming you have more than one generation in your church...if you don't, you probably need to read this...).

But whether you get consensus around 1 tune or 15, spend the next month singing that/those song(s), one at a time. Don't be afraid to repeat them if you run out of songs before you run out of month. How can it be their "anthem" unless they know it so well they look forward to the fact that they are going to sing it when they walk in the door?

Listen very carefully as you go through this process with your congregation. One of the pieces on your list will rise to the top, and you won't miss it if you stop and listen. Let me repeat myself: STOP (playing) and LISTEN (to the singing). If you don't believe me, watch that clip and listen to how Neil Diamond at times gets in the way of everybody singing his own tune.

But even if you can't find that "one" song for your congregation, you always have a fall back position...the one song that is probably the most well known, and arguably the most sung song ever: Amazing Grace. If you get a couple of weeks into my little exercise and you haven't sung Amazing Grace, I urge you to do so.

And take a tip from what happened last week. If you will notice in the Star Spangled Banner clip above [ed note: that clip is no longer available, but what follows will give you the idea], the organ gives the introduction and plays with the crowd at the start. But at a certain point you are aware that the organ is not playing any more. This is a good thing (and no, I don't hate organs...just wait, ok?), because the singers have taken over, and leading with any instrument would just get in the way. The folks at Fenway are not together, they are not necessarily in tune, and they may not know all the words. But they know what they believe, and the power of the shared belief is enough for them to not want to be left out of the singing.

Be honest now...has that happened at your church even once in the past 12 months? It has at the church where I currently serve, because we worship leaders are sensitive to this, and when we find a hymn or a chorus that the people take hold of, we stop and let them sing. And the reaction is the same every (not frequently enough) time it happens: Wow!

Because there is something amazing about the power of corporate singing. The whole is way more than the sum of all the imperfect, and yes, in many cases, broken parts. And isn't that a perfect metaphor for your particular outpost of the church universal and your particular ministry to your congregation? I don't think it is coincidence that Revelation tells us that we will be singing for eternity before the throne of God. When you get dozens, or hundreds, or thousands of people singing in the same place at the same time, and you not only hear them, but feel it in your throat and in your bones, it is a transcendent moment. Imagine what it will be like when all of creation sings the same song...