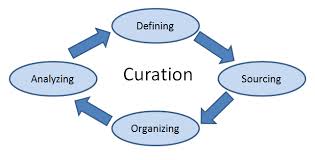 I can remember it as if it were yesterday, even though it was over 50 years ago. The church I then served was having an "open meeting." Since the topic concerned music and I was the music professional, I decided it would make sense for me to attend.

I was too young to know I was walking into an ambush. I said some things that, today, seem idiotic and elitist. Little did I know that, for me personally, the notion that the Jesus Christ Superstar album should be considered church music, was the first shot across the bow in what has been wrongly called the worship wars.

I was a graduate student by then, studying music history of all things. How dare anyone think that they knew better about what should be appropriate for the church's music than I? It was musical theater. That just wouldn't do.

Fast Forward. In the late 90s, the list of Select 20 anthems in the first issue of Creator magazine for which I was publisher featured 3 pieces set to latin texts, a movement from a mass, Mark Hayes's large scale Psalm 150, and John Tavener's Song for Athene -- a terrific but very difficult piece which was sung as the recessional at Princess Diana's funeral. But it also included music from Bob Krogstad and a David Clydesdale piece from (gasp!) a musical.

Fast forward again. Now serving at a small church, I find it difficult to imagine ever doing the Mozart Requiem again. It just wouldn't work, no matter how much I love the piece. Why?

Because it doesn't communicate. How do I know? Because I am the church's musical curator.

As a young church musician, I expected that the church had hired me, in part, because of my knowledge about what was "good." My repertoire choices were made with the supreme confidence that no one knew more than I about what music would be heard in worship. Or whether or not it was relevant. My primary filters were

As a (much) older church musician, I now know that the church has hired me because of my knowledge about what is good. My repertoire choices are made with the confidence that no one knows more than I about what music will serve in a worship service. My primary filters are

But if the music style wars have taught me anything, it is that, musically speaking, there is no absolute "right" any more.

The Case for Inclusivity

One of the things that was also a big deal back in the 70s was so-called "inclusive language." We musicians tend to forget that there was a long, bloody battle around whether or not the language of worship should evolve. Lots of very smart people forgot Martin Luther's lesson that the people are generally better served when the language is better understood. We tend to forget that it wasn't so long ago that women were only seen and heard on the worship platform when they were making an announcement about the nursery or Vacation Bible School.

What I've learned during the music style wars is that my role as musical curator for the church I serve is to be inclusive. We tend to forget that it wasn't so long ago that the only option for congregational singing was a denominational hymnal, the contents of which were selected by a small group of "musical experts" who probably knew nothing about the specific church in which you served.

Next time we'll look at the practical aspects of musical curation for worship.

UPDATE: To read part 2 of this article, click here.