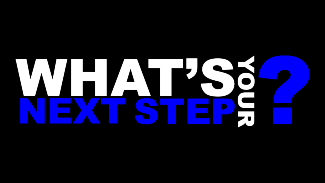 I know that at least some of you out there have watched (or read about) some or all of what is now called "March Madness." Translation for the rest of you: the NCAA Basketball Tournaments. Our little corner of the world had it's 15 minutes of fame late last week, as Cal Poly, which is about 20 minutes from my house, entered the tournament as the "cinderella" -- the only team in the men's field of 68 with a losing record. The good news? They won their first game. The bad news? They lost their second game by about 30 points. In essence, the team went as far as they could, and couldn't take the "next step."

Why is this relevant? Because that happens in church music and worship ministry all the time. Musical ensembles "hit a wall." Even the best ones. When it happens, there isn't much you can do about it...or is there?

It turns out there are really only two ways to take the next step. The first, and easiest way, is get better "talent." For college athletics that is generally addressed by recruiting. But what if that isn't possible? The second way is to teach the people you have to be better. This is not so easy. Often the problem is that the leader is not capable of learning, and then teaching the skills to make this possible. But the other big reason is that leaders get lazy about, or inured to the way things are and never ask for anything better. They settle.