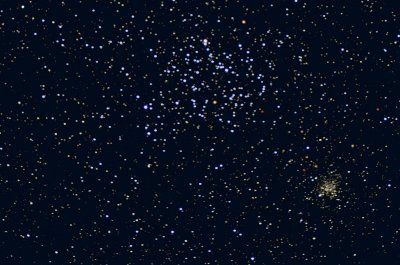 This was originally written for my legacy blog site in July, 2009. The feedback was (and is) such that I'm reposting it as new at this time...enjoy!

As an entrepreneur and a human being I made the decision to go back to work from my retirement with the objective of giving back…helping people by making myself available to tell them what I know should they care to ask. The fact that not everybody wants to know what I know has, to this point, not been a significant problem, but let’s see how it goes by the time you finish reading this particular post. I take “giving back” seriously, because my knowledge, in my opinion (keep your opinion to yourself, those who know me, please!) it is the most valuable thing I have accumulated on this earth. You’ll need to “play along” for a while in what follows, but I hope that by the end you’ll find that I’ve given back something of use…

I’ll start with three seemingly disconnected things that happened to me over the past 24 hours:

Yesterday I had a long conversation with a friend about a project he is developing. He is one of a few people I am mentoring in the area of entrepreneurship, and his project, if it comes to fruition, has the potential to make him a “household name” in the US, and, potentially the rest of the world as well. The project itself, as best I can describe it, given the current stage of its development, involves the translation of an unknown into the knowable. Our conversation, at a certain point, turned to what makes something “successful.” It was a fascinating exchange, and it made me think.

Last evening I watched the MLB All Star game. Even though the National League didn’t win (again…sigh…) it was a pleasure to watch very skilled athletes perform at the highest level of their craft.

Last night I had a dream. No. this is not a Martin Luther King, Jr.kind of dream, but it was a significant one nonetheless. I’ve learned to trust the dreams I remember, because they are few and far between. (For those of you who are heavily involved in dream recollection and the discernment thereof, please don’t send me tips and techniques to remember and figure out what my dreams mean. Not needing that for the foreseeable future…)

In most cases, when a dream wakes me up, it is because my brain has put together some finished product, or project, and I’ve learned that what I need to do is write it down because it has value. The first time this happened, for instance, I woke up in the middle of the night and thought, “of course…Oh Susanna in 7/8.” Woke up in the morning and wrote it down. (It’s a great encore piece, by the way, or for a large festival choir, if you can get them to clap in time without rushing…the pianist has to be rhythmically secure, though, or it all falls apart… originally published by Music70…now, as far as I know, out of print, but I can arrange for copies for your group if you'd like…but that’s not why you came…)

In my dream, I was about to give a speech (nope…not one of those “standing naked” dreams either…). For some reason, I had been elected “President” of an association of winemakers, and this was my acceptance address. Now the circumstances I’ve just described are so unfathomable as to be humorous, but there’s more. This association was not in the geographic area where my friend and I make our home-made wine, so, in essence I was an “outsider” in more ways than one.

So…odd…awkward…because I could sense that the assembled group was, at the very least dubious, and, at some level uneasy…perhaps even a few might be called hostile. I knew I needed a great opening line, or I was going to lose them. What came out of my mouth?

(Remember…this is a dream…although, if pressed at one of those gatherings where you have to tell people what you do, “I am a musician” becomes my default answer. That’s partly because most non-musicians think that being a musician is glamorous, and, frankly, it is easier than trying to explain what I really do…when I’m puckish, I say “it depends upon the day of the week.”)

I remember thinking (in my dream) “That was stupid…what does being a musician have to do with making wine?” And then I got it…the whole speech, all laid out. I’ll spare you my entire ramblings and cut to the chase. It comes down to:

In my dream (and, now, in the light of day), I need(ed) to articulate the “core values” that “set apart” people and endeavors that are accepted as special. I believe that in any artistic activity, whether it be wine making or church music, those four components determine whether or not you are judged to be “above the norm”…an “All Star”…or, in popular terms: successful.

I’m not writing a book here, so what follows is more of an outline. Perhaps I’ll flesh it out someday, but for the moment, it is what it is…

First, you must Learn. Without some skill and/or understanding of your craft, art, or calling, the chances of your being recognized as an All Star in your field. Depending upon your gifting, talent, willingness to be disciplined, and the difficulty of the subject matter, this will be easier or harder for some people than others. In most cases, and in most fields, this learning step never ends for the high performer. There is always an aspect of your chosen task that you would benefit from knowing more about than you do now.

Second, you must be able to Envision what you or the project might become. Without the ability to, as Stephen Covey say, “know the end before beginning,” you, and/or the task are relegated to doing it “the way we’ve always done it before.” This step often requires the ability to “get away” from the ongoing tasks of daily life in order to think and dream…something that artists generally understand better than the general populace as a whole. But nonetheless, in my dream speech, it was making a great wine we were talking about, and the ability to envision what those newly crushed grapes could become is not something everybody can do.

Third, you must be able to Deliver. Dreaming something is wonderful, but if it never comes to fruition, everybody loses out. Imagine your stereotype of a beauty pageant. What’s the standard answer most contestants give (particularly in the movies)? “World Peace.” OK, there…mom and apple pie. But can you deliver it? This is, for many people and projects, the hard part…the discipline part…the frustrating roadblocks of paperwork, technology, and staffing part. Those who surmount the obstacles, however, really have something.

Fourth, and finally, you must Engage those who would benefit from your now finished project. If nobody knows about your dream-into-reality, it is a hobby, not something that has an impact upon the world…it is not a successful All Star. For those people and projects that survive the third step, this can be a very difficult final hurdle, because, at least for artists, the ability to promote yourself, or your finished product, is a different skill set, a different task (see step one…sigh…). It is (and, again for artists, this is often a “dirty word”) marketing.

I am interested in what you think about all of this. Please leave a comment, because I want to hear from you if you’ve achieve All Star status or not. Which step is the most difficult for you? Are you “stuck” at a particular step? I’d like to help if I can (see first paragraph…and, so the process starts again…).

4 Replies to “To sleep…perchance to dream…”