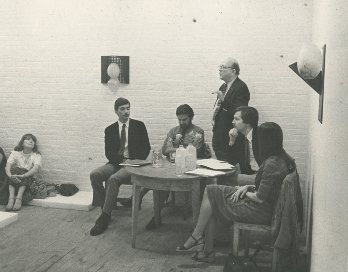 I had an interesting conversation with a friend this weekend. She was lamenting the "state of communication" amongst her family members. It seems that some of her family simply didn't respond to voice mail, email, or text messages. She felt that her family members were not only being rude, but actually deliberately devaluing her as a person by being "too busy" to respond. As she spoke, I realized that I had been on both sides of the "too busy to respond" syndrome, and it was one of those "ouch" moments.

Earlier in the conversation, she had lit up when she told me about an old friend that had called her out of the blue. Here was evidence of the joy of being on the receiving end of a conversation/relationship with someone who made the first move. I've been on both sides of that as well.

All of which is to say that we are now in a new church year, with a new season of Advent. Advent commemorates, and centers around the activity of waiting. Advent ends with God making the first move. Every Advent reminds me that I need to be more patient, but this one already has reminded me that I need to look for an opportunity to make the first move. Today I encourage you to think about where/how you might be more patient in your ministry, and where/how you might need to make the first move...