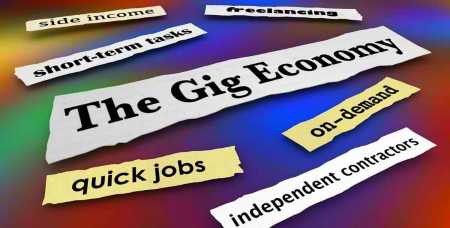 UPDATE This was originally written for the Creator Magazine web site in November, 2014. It has been substantially updated.

I was going through old email today, and found one that had a friendly rant, so I thought I'd share it. My comments were about a "part time" position, what we would now call a gig work job, and one of the, in my opinion, most inconsiderate of job description "musts" -- attendance at a staff meeting. Read on...

[One] of the "musts" [on your job description] is attending weekly staff meetings. If this is a part time position, and the person must be there at 10am on a Tuesday [for example], it pretty much prevents the "part time" person from having a regular job.

It's a little thing, perhaps, and almost un-noticed in the flow of the job description, but it always bothered me [when I was in that position] that every other member of the staff was employed full time, and as a result being paid to be at the staff meeting (and thus didn't care if it started late, or lasted longer than scheduled, or wandered off agenda), but I, essentially, had to take time off from work [unpaid by either the church or my "other" employer] to mostly talk about calendar things that really didn't pertain to what I was doing. It felt, often, as if the power of requiring my presence was more important than the necessity of my input.

The reverse was also true. Many times something was presented in a staff meeting as a "done deal," and in subsequent discussion it turned out that it had been decided in a "water cooler" gathering amongst the full time folks. More than once it affected my program greatly, but I was the one who was supposed to adapt because the "decision has already been made."

Here's another, seemingly innocuous, example of what I consider to be inconsideration. In one church, the expectation was that I "needed" to attend the church Christmas party. It was a gathering of the pastor, the elders, and their spouses. It was always an evening event, and it was convivial (that means there was alcohol). The first year, I went, because it was held at a nice restaurant, and the church was paying for it. But every year after, it was a potluck. Oh, and did I mention that it was a 100 mile round trip? And that I had to make that same trip the next evening for the last rehearsal before the Christmas eve/Sunday services? Which included hired instrumentalists?

I began to politely decline. I did explain to the pastor why.

But interestingly enough, from that point on, my salary stagnated, and more than once I was told that if I just came to the party, it would be "beneficial" for me (and, in the long run it turned out, vice versa).