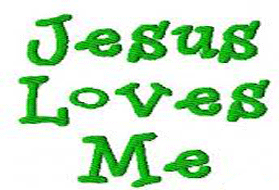 Don't Try This at Home

Yesterday (when this was orginially written) I participated in a "tag team" sermon. I tried to explain to my pastor how dangerous this would be, but he trusted me, and it worked out fine... Even though I did step on his train of thought a couple of times... Including adding a coda to his "big finish"... Like I said...I tried to explain...

We (that is the collective we of the Creator writers) have talked in this space regularly about trust between pastor and musician. Never was it more on display than yesterday. I didn't specifically prepare (red flag #1) because I figured that I had spent my whole professional life preparing for a sermon on why it was important to sing as the body of Christ. When we "rehearsed" the sermon last week I told him that it was impossible for me to give the exact same answer twice in a row (red flag # 2) because I might have learned something new (or thought of something long stored in my memory) between then and Sunday. And the rehearsal made it clear that it isn't easy for me to give "sound bite" answers, because I've had a long time to think about almost everything, and the more I do, the more shades of grey I find to exist (red flag #3).

But, as I said, he trusts me, and therein lies all the difference. I can say that about few pastors with (or more importantly in most cases FOR) whom I've served.

Of course I did prepare, because at some level my brain was sorting my interior file cabinets, and when you rehearse it gives you some idea of how it might go, and I've done public speaking long enough to compress my thoughts when the clock is running.

As it turns out, I got a chance to use, on a worship platform, sitting next to a pastor, two of my favorite "sermon illustrations." The first is that, according to the book of Revelation, I actually have a more important "earthly" role than a pastor: I'm preparing people for the eternal song they get to sing around the heavenly throne. The second is (and I don't take credit for this one), that theology can be reduced to three songs:

not necessarily in that order (more about that in a minute).

Hence the title of this article.

Along the way, my pastor asked me to talk about the Scriptural phrase that brings terror to the heart of church musicians: "...psalms, hymns, and spiritual songs..." Way too much worship wars blood has been spilled over those four words, but we decided, in rehearsal, that we wouldn't go there. My rehearsal answer took about an hour to expound and process. Yesterday I reduced it to more or less the following, which, at the risk of offending scholars of all points of view I include here (knowing that you can never take anything back on the internet, just apologize for it later...):

These terms are musical style neutral. Paul was talking to people who would have understood hymns, because the descendants of Abraham are chronicled as stopping at key historical moments -- like after crossing the Jordan -- and singing a song. Paul's audience would have also understood psalms, because the psalmists filled a Levitical role of providing the chosen people a poetic response to the joys and trials of living out day to day life. (Slings and arrows will be dodged.) But as to the shifting sand of spiritual songs, we don't really know what he meant. My contention, however, is that here Paul reminds his listeners that things change, and now that the Holy Spirit was around to add breath, there would be new songs written to document the ongoing story of this new thing called "the church." (Load up your comment catapults and bazookas...but remember...unless you were there, you really don't know what he meant either...)

I made one more point yesterday, which I feel is critical to pass along today: I've served in ministry long enough to recognize that there is a recurring pattern to a high percentage of end of life stories: the last thing the deceased did was sing a song, or, incapacitated though they might be, respond non verbally to a song being sung in the room, or request a song to be sung. I can't tell you how many times I have heard this, and even when the end of life story is about someone who outwardly showed no sign of connection with the church, often the song is a hymn. And often that hymn is a Sunday School song like...Jesus Loves Me.

Let me be clear. I'm talking about end of life stories that often concern people who have lapsed into incapacitation to the point where they are semi-comatose, or haven't been able to speak for some time. Still...they sing. In part this is because the human brain seems to deeply sink information that is processed by combining text with music. Here's something you can try at home: I'll pick a hymn and I want you to say the text out loud WITHOUT thinking of the tune. Ready? OK... What a Friend we have in Jesus. Go.

Too hard? How about your national anthem? Go.

Still too hard? OK you pick one...

After passing along this little brain teaser yesterday, one person stopped me after the service to tell his own story. He's at a cabin in the desert (I presume the California desert, but I didn't get a chance to ask). He said "way in the middle of nowhere." One night he faintly hears someone singing outside. Cautious, because, he says, "there are bikers and crazies in the desert from time to time" he turns out the light, and steps outside, just in time to hear the strains of Jesus Loves Me stop. He calls out "Who's there," and a female voice responds, "I'm lost. I've been wandering in this desert for hours, and the only light I've seen so far just got turned off."

He tells the woman "I'll talk you in," and he does. It turns out that she decided to take a little hike from a town which is 30 miles away, and after getting lost, the only comfort she could think of was to sing Jesus Loves Me. Would that the churches still wandering in the desert of the worship (and theology) wars decided that singing that little children's song was enough to build a worship ministry around or a church to use as a beacon of reference when they are lost.

4 Replies to “Theology Can Be Reduced to 3 Songs”